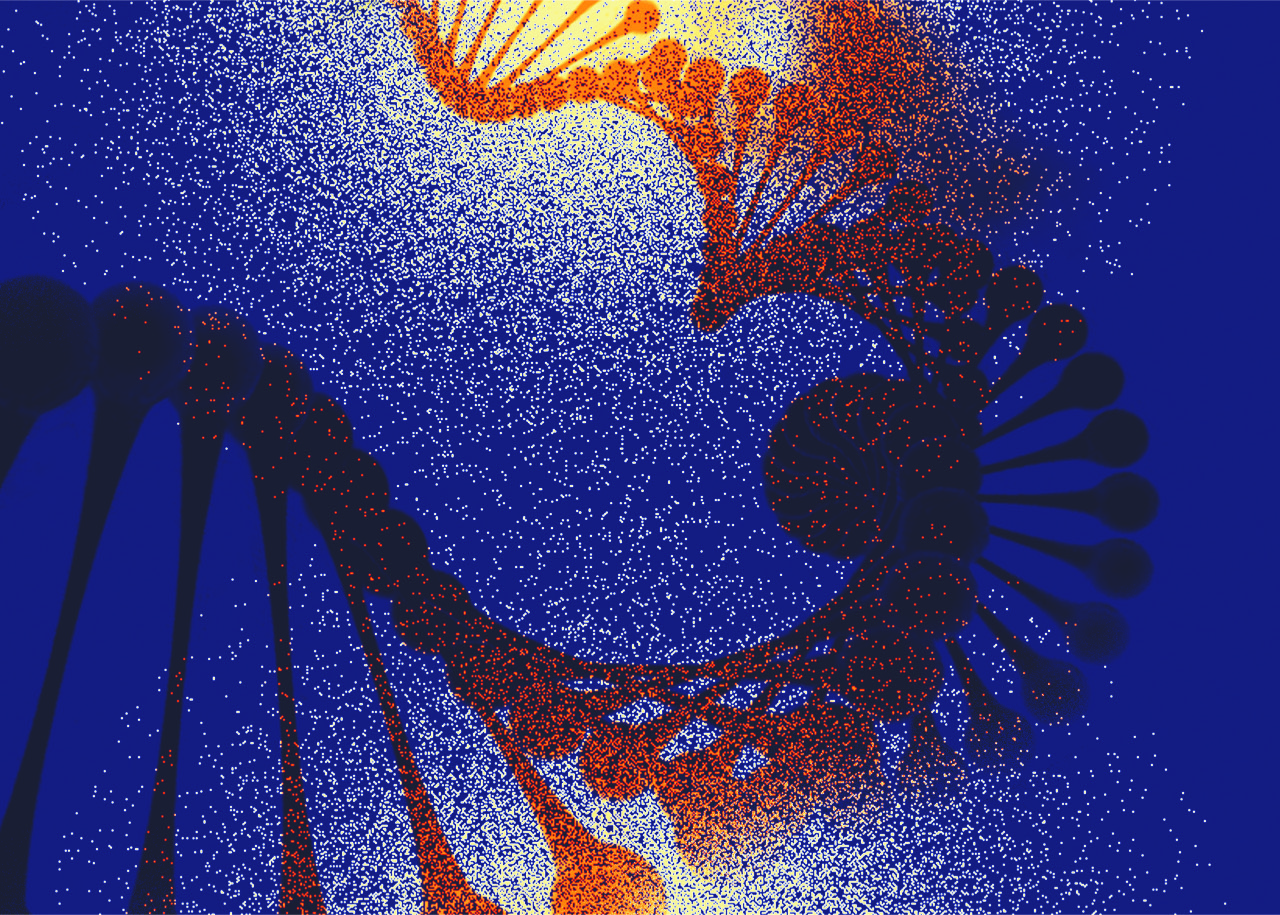 In botany, Liber – also known as phloem – refers to the living tissue which, in trees, is the innermost layer of the bark. It is situated between the wood and the outer bark of the tree and before the discovery of papyrus, it was used to write upon.

Liber is a 2020-2021 production, written by composer and stage director Maguelone Vidal. It is a hybrid, musical, choreographed piece about this part of the skin, this porous junction between the outside and the inside which, in this situation, enables dance and music to interact with one another.

The choreographic artist, Hanna Hedman, moves about the stage adorned with sensors which transmit to Maguelone Vidal data related to her varying physical state, conferring with some of her movements the ability to sculpt in real time, the musical material based on the processing of the sounds coming from inside the body: nervous or muscular impulses, the circulation of the blood in the blood vessels. Gradually, to the sonorous and visual wake of this voyage within the internal geography of the body, are integrated electric harp player, Rafaëlle Rinaudo and percussionist, Philippe Cornus.

Our skin contains us in the same way as it opens us up to the world. Liber is a poetic bid to perforate our visible and invisible borders. An adventurous exploration where music, dance, technological sound research, performing arts and life sciences all encounter and exchange with one another.